A restored road connecting two ancient Egyptian temple complexes in Karnak and Luxor was unveiled on Thursday in a lavish ceremony aimed at raising the profile of one of Egypt’s top tourist spots.

The procession to reopen the 2.7 km (1.7 mile) road included a reenactment of the ancient Opet festival, where statues of Theban deities were paraded annually during the New Kingdom era in celebration of fertility and the flooding of the Nile.

President Abdel Fattah al-Sisi marched along the road at the start of the ceremony. Pharaonic chariots and more than 400 young performers dressed in pharaonic costumes paraded along the avenue.

The 3,400-year-old road linking the ancient centres of Karnak and Luxor, also known as Road of the Rams or the Avenue of the Sphinxes, is lined with hundreds of ram- and human-headed sphinxes, though over the years many have been eroded or destroyed.

The road has undergone several restoration efforts since being discovered in 1949, and the latest began in 2017.

Tourism is a crucial source of jobs and hard currency for Egypt, which has made a concerted effort to lure back the travelers kept away by the coronavirus pandemic. #DecemberinGh or December in Ghana 2022 is a unique package of events and programs to make Ghana the preferred tourism destination for Christmas and New Year. #ExperienceGhana #ShareGhana. Ghana Tourism Authority launched the annual “December in GH” program to promote... 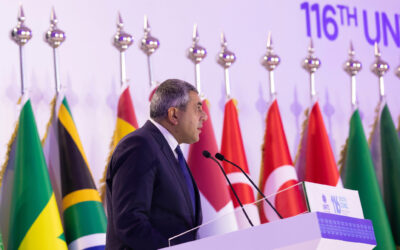 The Executive Council of UNWTO has met to advance the recovery of tourism around shared goals and a common vision for the sector. Held for the first time in the Kingdom of Saudi Arabia, the 116th session was the largest meeting of the Executive Council since the start... 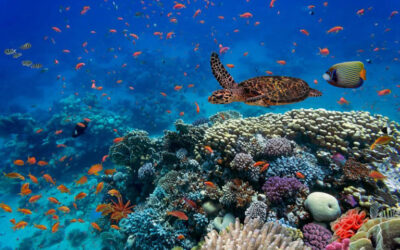 World Ocean Day 2022: How climate change and warming waters are affecting the health of the oceans

Oceans do so much to sustain life on Earth, including bearing the brunt of global temperatures that have been steadily warming for decades. An IPCC special report published in 2019 found that oceans -- which make up more than 70% of the world's surface --...